‘Cultural appropriation’ is a much-used criticism in social media. But do those words define in any way the Dior Cruise collection, shown in Marrakech, with models walking around fire and water in the noble ruins of the El Badi Palace?
Add birds of prey flying over the crumbling walls, with the flash-bang of an unexpected thunderstorm, and you might be persuaded to imagine that Mother Nature was in a rage. 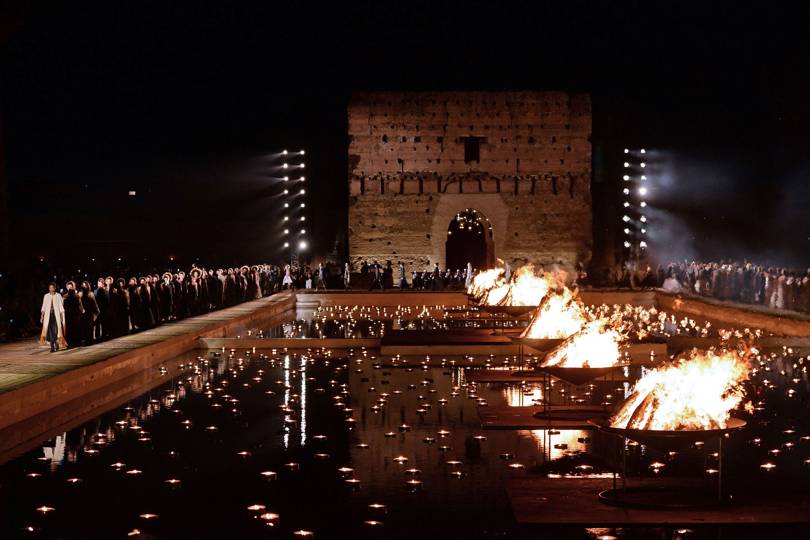 But not, surely, with Maria Grazia Chiuri, who was scrupulous in her support of heritage techniques from across the African continent and beyond. In particular, she used Uniwax – the African company that still produces pure batik – under threat in favour of cheap, digitally-produced versions.

“If Dior uses the wax properly, people will understand that it is part of luxury,” the designer explained. “At this moment when everyone is speaking about cultural appropriation, we want to explain that craftsmanship moves around the world, but we are all on common ground. We speak too much about the distance between us – let’s talk about what we have in common.” 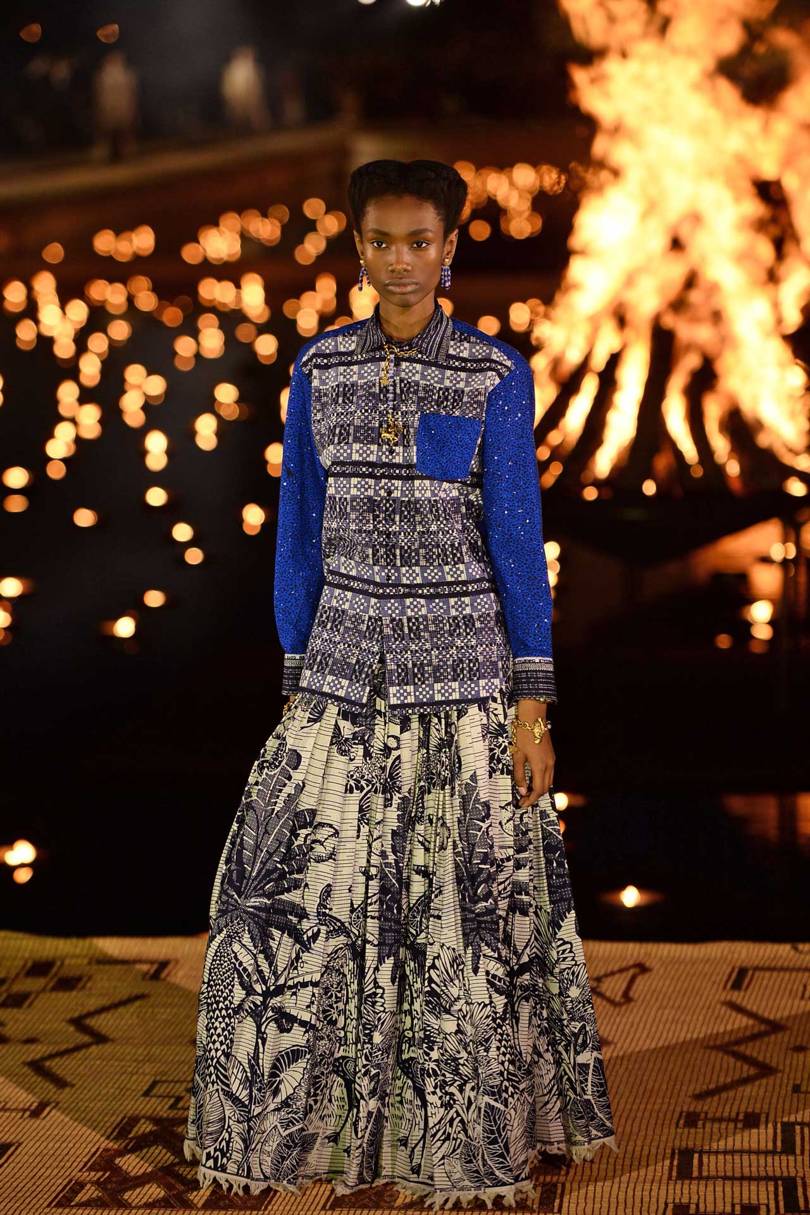 A shirt for Dior Cruise 2020 by Pathé'O – Nelson Mandela's tailor

Batik was the star of the collection, offering historic patterns made modern. The research was deep, even daring, with Pathé Ouédraogo (known as Pathé’O), an African legend as tailor to the late Nelson Mandela, invited by Maria Grazia to create one Dior outfit. Pathé’O showed an image of the late South African President down the spine of the outfit.

There was so much more out of Africa – primarily the wax treatments on cloth, traced back from Indonesia via Dutch merchants to Holland and then to Africa. The Uniwax batik, on the Ivory Coast, was recommended with the help of anthropologist and fabric expert Anne Grosfilley. Her book, African Wax Print Textiles, became Dior’s bible.

As if all that were not enough to inspire this inter-season collection, Maria Grazia had many other ideas and influences. They included 2016 LVMH Prize-winner Grace Wales Bonner, who has a Jamaican heritage. She inspired a youthful but graceful version of that famous (dare we say pesky?) ‘Bar’ jacket. 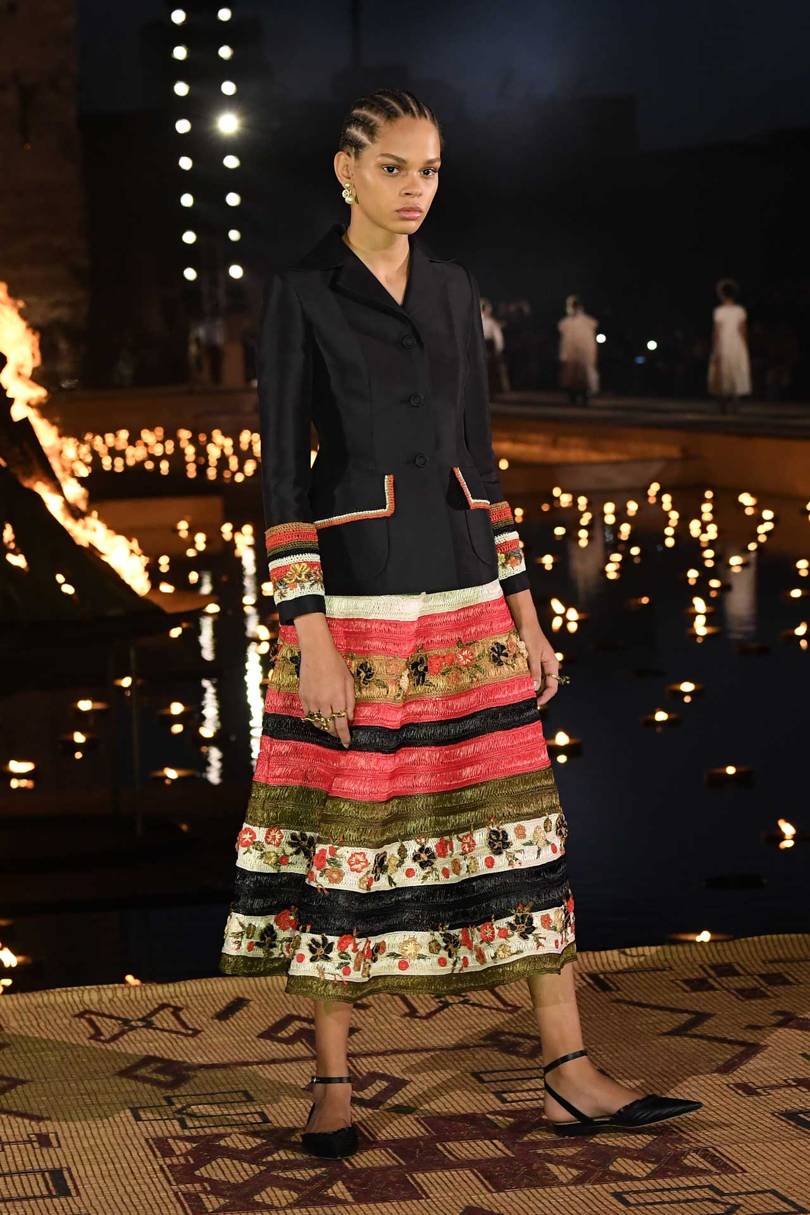 “I appreciate the resources, in that there are a lot of techniques that I wouldn’t be able to do on my own,” Wales Bonner said of the Dior connection. “It’s about access to creating things that are a more sophisticated version – and that has been really wonderful for me.”
Exceptionally in the world of fashion, Maria Grazia had her entire mood board filled with collaborations and masters of technique. 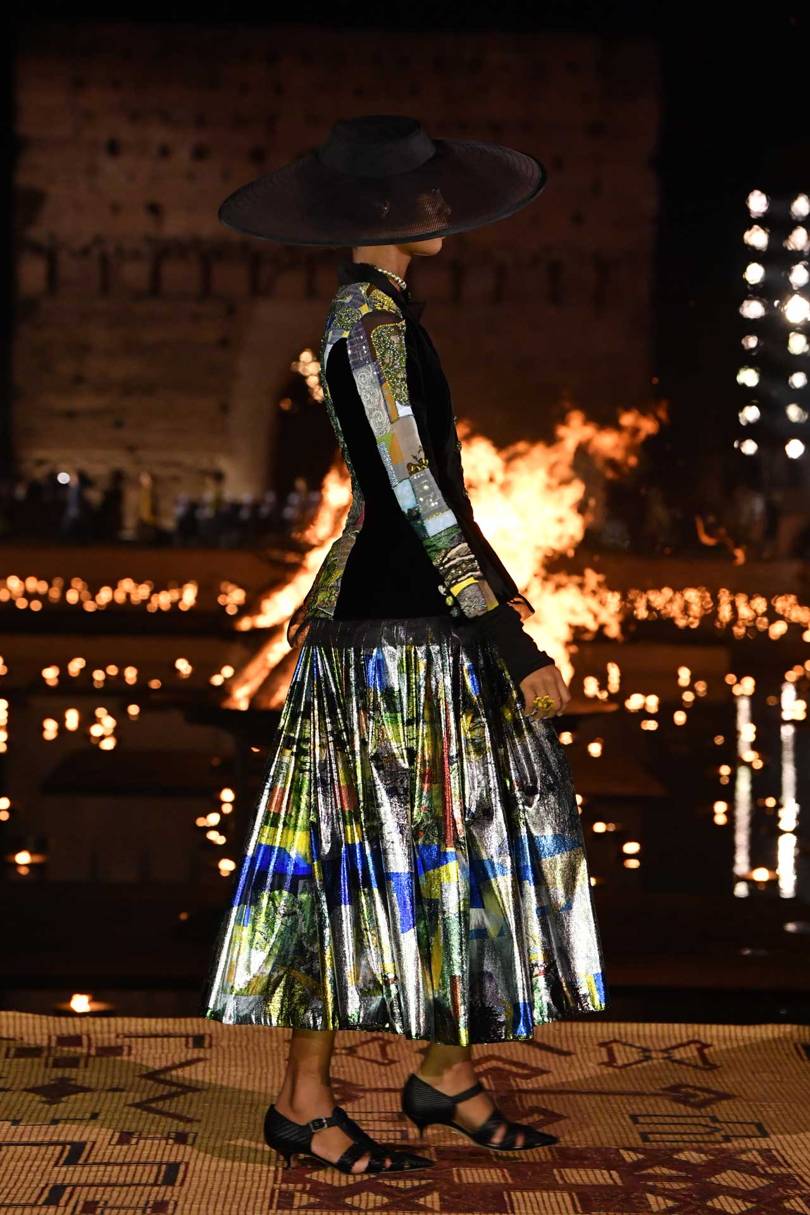 But there was even more experimentation beyond the Dior dictionary of style. Some designs in the show suggested Yves Saint Laurent, born in Oran, Algeria and passionate about Marrakech, where the colourful house and garden he shared with his partner Pierre Bergé exists to this day.
On the opening night of the Dior Cruise celebration, a dinner was held at the Bahia Palace, with palm trees waving over the magnificent building, illuminated only with flickering candles. There too was a display of dresses by a young Saint Laurent when he worked for Dior in the late 1950s. 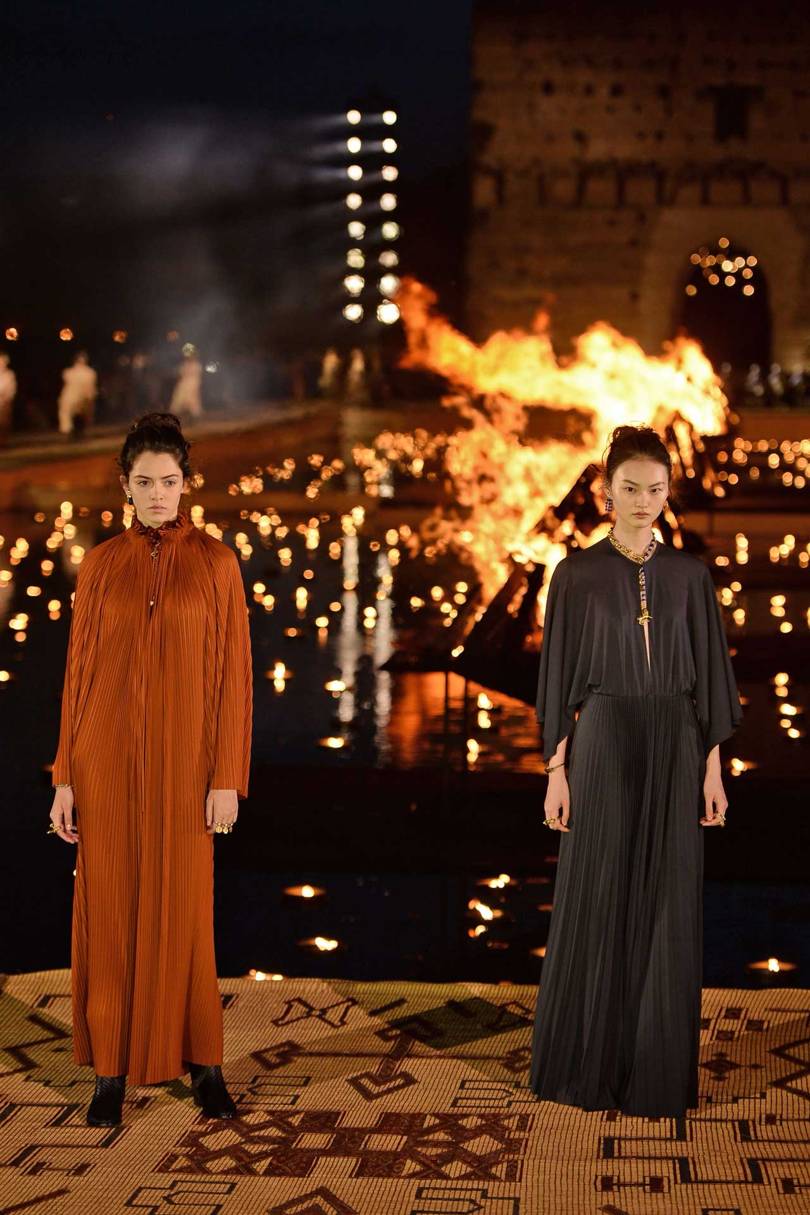 A coat from 1960 was named ‘Marrakech’, even though the designer, who died in 2008, had not yet set foot in the city.
As for the cultural criticism, Maria Grazia could not have worked harder to make this collection ultra-inclusive. And Pietro Beccari, Chairman and CEO of Dior, pointed out that this was a fortuitous moment to present the first-ever major international fashion show in Morocco. 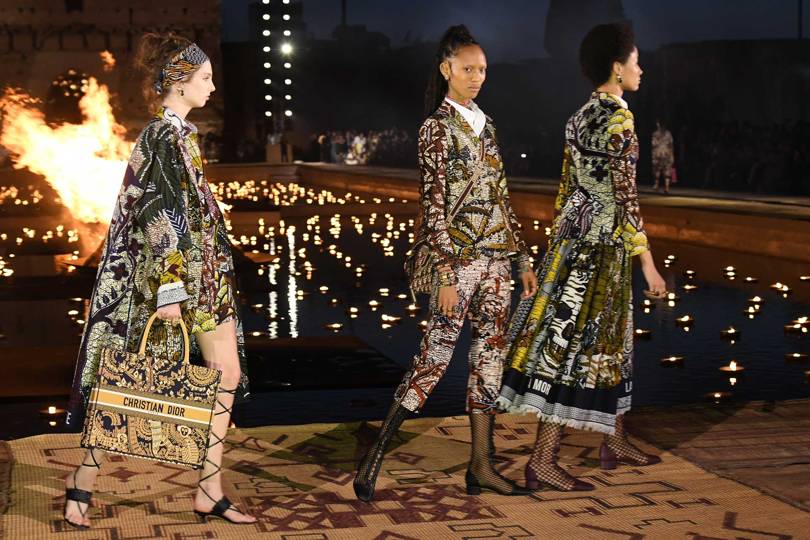 “We are right on time – Marrakech is to be the first African Capital of Culture in 2020,” the executive said.

So what is the judgement on these 115 outfits in various categories, from the patterned effects through a series of white evening dresses to other classic and delicate gowns?
The overall effect, surprising as it might seem, was that the collection was intensely worked, but very saleable. 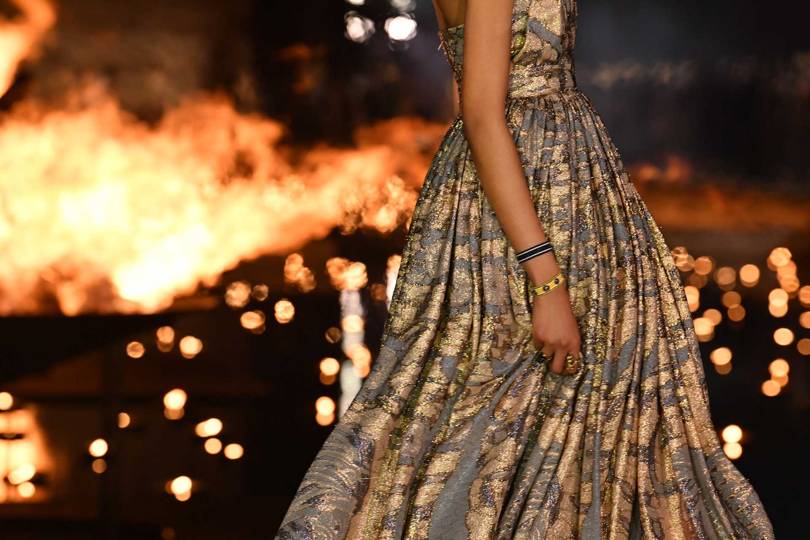 Behind the patterns was a strong line of what Maria Grazia does best: tailored jackets, nipped waists and full skirts. Add turban scarves by Stephen Jones, created with the help of African drape experts. This headgear looked like it might have the same success as the Dior berets of previous seasons.
Overall, the brand appeals to classic, wealthy clients who filled the Mamounia Hotel and sat front-row on squishy cushions woven and dyed by hand. Those objects too had a story. Made by Sumano, a female cooperative, they are part of a Moroccan initiative to support women and to preserve national handwork.

Bernard Arnault, President and CEO of LVMH, who viewed the show from under an umbrella before moving to watch Diana Ross perform live, heartily approved the collection. “It just sells and sells,” Arnault said. “I see the figures.”

Why against this background of emotional connections to Africa and an intense performance did the show fail to take ignite like the flames reflected on water and in the lightning strikes?
The answer is that Maria Grazia is honest and true; making clothes for a market reality. The intense collaborations were undoubtedly emotional, but perhaps less so for all the people in the audience – or ultimately in stores worldwide.
Yet this was a Dior collection that came from the heart, embracing North Africa as a fashion hub. And bravo to Maria Grazia for that. 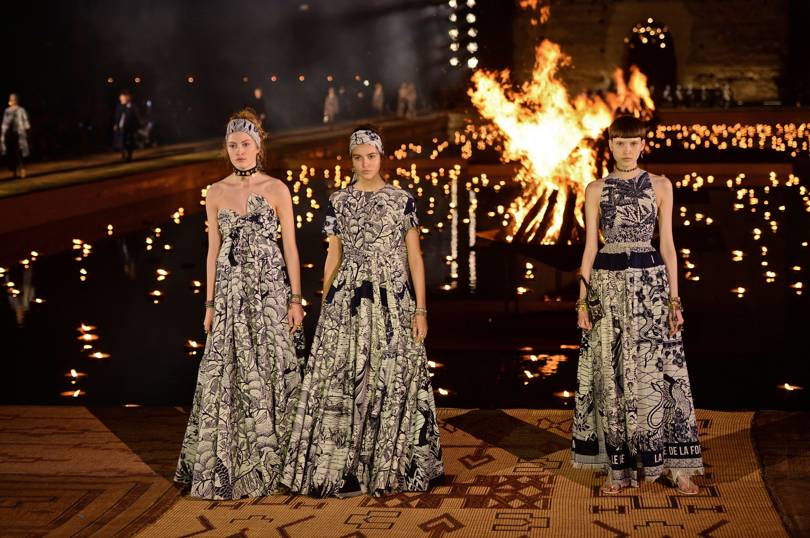 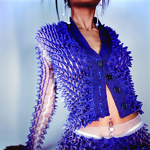 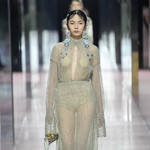 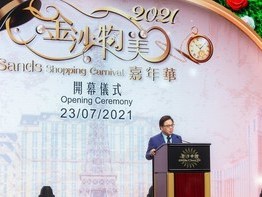